Posted on May 7, 2013 by adjithegroundhopper 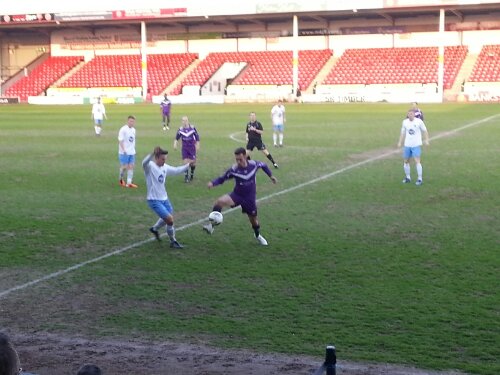 Despite a spirited effort by Westfields, there was only going to be one winner in the Polymac cup final. Last season, I watched Loughborough beat Tipton by the same scoreline , but tonights performance was even better. 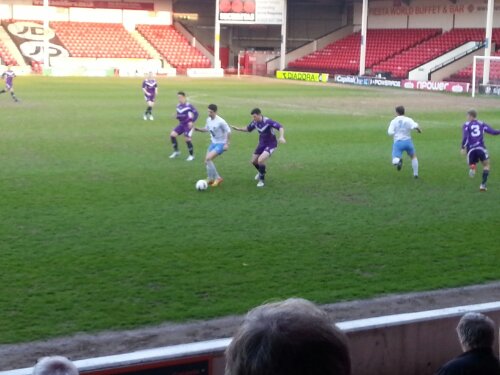 The final was once again held at the Bescot Stadium with Loughborough in the purple and Westfields in the white. Loughborough attacked from the off and looked the more dangerous, fizzing a shot against the bar.Then in another attack cutting in off the left, smashed the ball off the outside of the post. 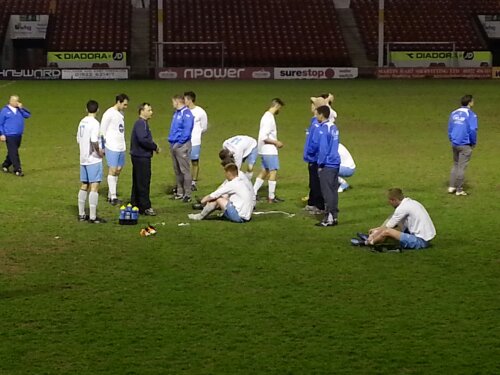 Loughborough took the lead on 45 minutes, when Westfields number 5 made a very clumsy challenge on a Uni  player, from the resulting free kick the number 10 send a ball that dropped low  and clipped the post before rolling in. 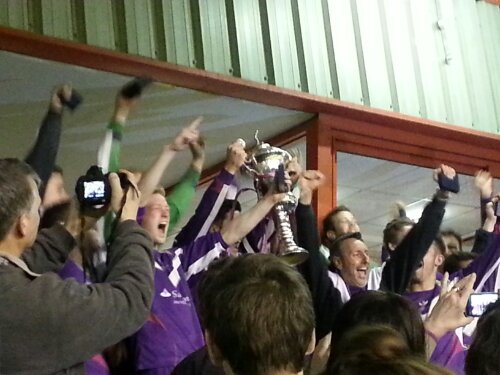 The second half was much of the same, but was settled on 86 minutes with a break by number 9 being saved but spilled and then regaining possession , knocking the ball along for the floor for his team mate Sam Cooke to tap in.

im a young groundhopper from the west midlands
View all posts by adjithegroundhopper →
This entry was posted in Games of 2013. Bookmark the permalink.