Posted on September 14, 2013 by adjithegroundhopper 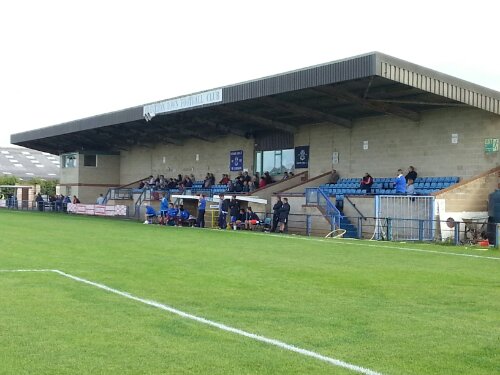 After the Worcester game , I drove the 70 mile journey to North Somerset , to watch Clevedon play in the FA Cup at the Hand Stadium.  I arrived just on kick off .

The Hand Stadium hasn’t changed much since my last visit three years ago except that Clevedon have swapped their blue and white stripes for  a Barcelona type strip.. not quite my taste. 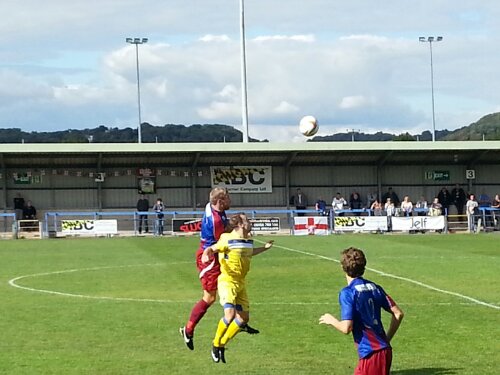 The game itself was entertaining but not a classic,and threatened to boil over
Clevedon took the lead on 40 minutes , a fierce strike from Ross Mcnab was to  much for the Parkway keeper who parried it into his own net. 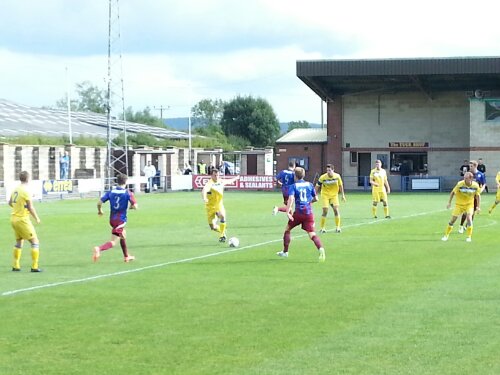 Plymouth refused to give up but rushed so many chances that Danny Greaves in the Town goal barely needed to do anything. Clevedon defender Mountford,  was lucky not to be sent off for a headbutt , amazingly not even a yellow card was issued.

Plymouth hit the bar near the end, but they continued to battle. The star man for me though was Clevedon captain Clayton Fortune , he read the game well and made decent challenges.