Posted on March 9, 2014 by adjithegroundhopper 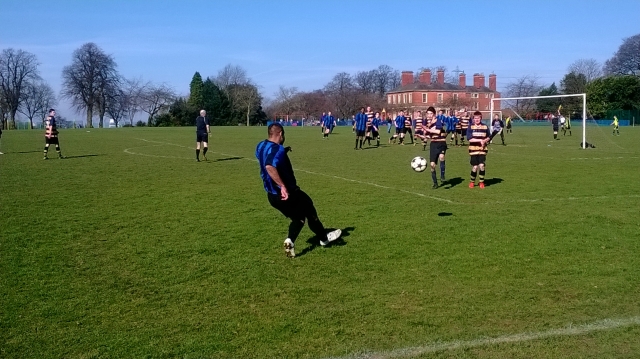 This game for me will not be remembered for me, for the football but for the chav with a can of lager in his hand that seemed to have a issue with me taking pictures of the game. I explained that i run my own football blog and after a moment of looking confused said “well you can’t be to careful”… Just what exactly should i be careful of? Every player on the pitch was aged between 20-40. Baffling.

I discovered this cup game by chance after deciding to have a stroll in Redhouse Park in Sandwell. Rangers in the blue took the lead after just 5 minutes, being awarded a penalty that was saved but the rebound was gently finished.