Posted on September 13, 2014 by adjithegroundhopper 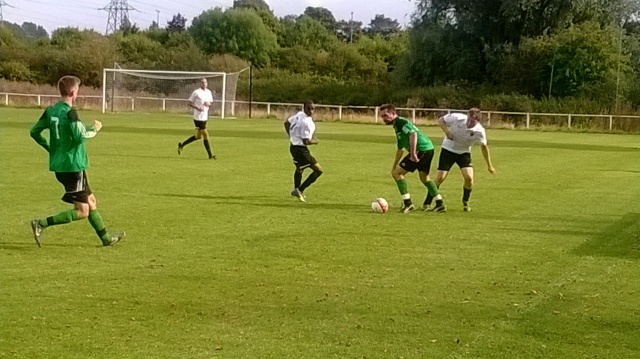 This was not my choice , but Eggyhopper wished to come out for the afternoon and chose this location. The venue itself at the back of the FA headquarters is more than good enough but I just didn’t want to be here today , but I suppose you can’t grumble as it cost nothing. We arrived at 2.25 and found the teams warming up. Premier in their white strip and Parkfield in green. The pitch was short but had some weird circles in the turf , 3 had clumped together , to when in a certain angle looked like a certain part of a males body parts, much to Eggyhoppers amusement. 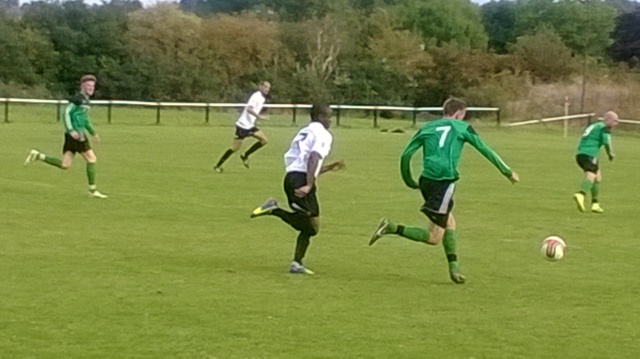 The game was slow to start but it always looked clear who was the better side when Parkfield  hit the post soon in.  Parkfield’s pressure eventually told on 35 minutes , with a fierce shot on the edge of the area from their impressive number 9 , took a deflection and flew over the keeper who was left grasping at thin air. The rest of the game was poor and tailed off badly. Parkfield’s keeper made a good save at the end but there wasn’t much to be excited about. FC Premier did make attempts to equalize at the end but wasted their golden chance when their ginger haired sub had his shot parried away.