Posted on December 23, 2014 by adjithegroundhopper 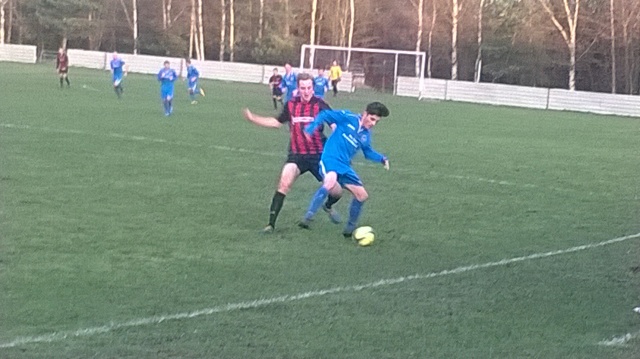 Sorry for the late post , things have been manic the last few days , and I shall have to be as brief as possible , as I write this I must get to bed. Pelsall are dead bottom of the Midland League Division one after having a dreadful first half of the season scoring just 13 goals and conceding 109. Many on going problems have seen this club nearly come to closure recently , and the Bush pub behind the goal has also recently closed. Lichfield in the blue took the lead on 26 minutes, Mark Rose cutting in from the right before shooting and the ball coming off Pelsall’s number 2 on the line. 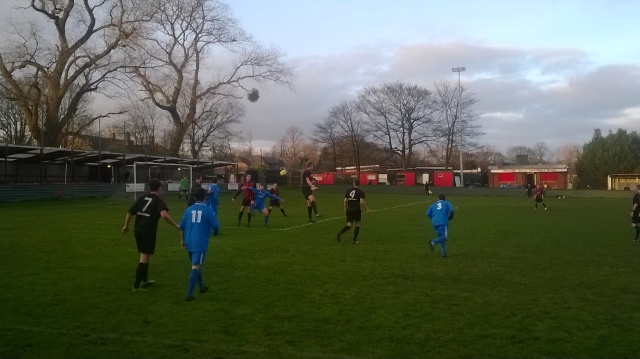 Pelsall surprised most by equalizing with a placed effort onto the bottom corner. Pelsall took the lead , charging down the slope into the box, and shooting across the keeper. Lichfield’s goalkeeper was injured in the process and that ended his afternoon. Lichfield came back into things in the second half  , Mark Rose again scoring by dinking the ball over the diving keeper. Rose became the hat trick hero for Lichfield by turning and shooting for a decent finish. Pelsall were not to be outdone though, and after Lichfield gave away a needless free kick , the ball was pumped into the box for a player to head home. I have a list of the Pelsall scorers but not the order they score in , they were Lund, Holding and Clarke. The Bush ground hasn’t changed still quite a poor ground really but they need all the help they can get, but today was a better day for them in what is a desperate time.