Posted on October 17, 2015 by adjithegroundhopper 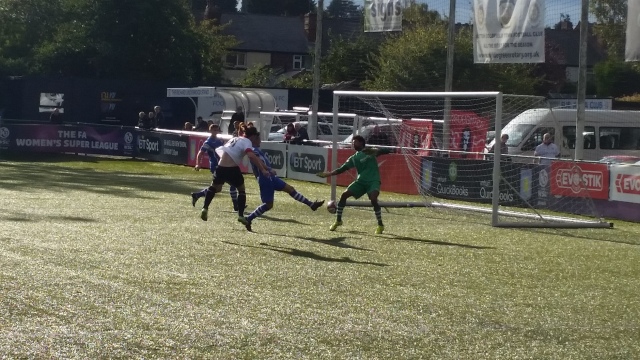 Today we had Pasty Sam visiting from Worcester, so I let him choose the game and this was the one he chose. Fifth placed Sutton took on Eighth placed City in the Evo Stik Premier. Salford have been in the news recently after the famous class of 92 invested in the club , players such as  Ryan Giggs , Nicky Butt , Paul Scholes and the Neville brothers now own a stake in City. Today though, they were visiting the midlands with boss Darren Sheridan.

While I was bored of the view,Sam was delighted by the Coles Lane stand and pitch. We were all pretty disgusted by the entrance fee , £10 seems a scandal for what it is but in truth the game was ok. Salford were the stronger side at the beginning and took the lead through when the Pony tailed James Poole bundled the ball past the keeper from close range. Salford had Ex- Sheffield United forward Danny Webber upfront and he scored with a hopeful lob , that a defender was unable to keep out after 25 minutes.

Sutton offered little , except for a physical game that threatened to spill over as the referee seemed to be overwhelmed. The second half was full in comparison , Salford had a shot headed off the line but that was about it. A couple of free kicks dipped just over the bar also.