Posted on August 5, 2017 by adjithegroundhopper 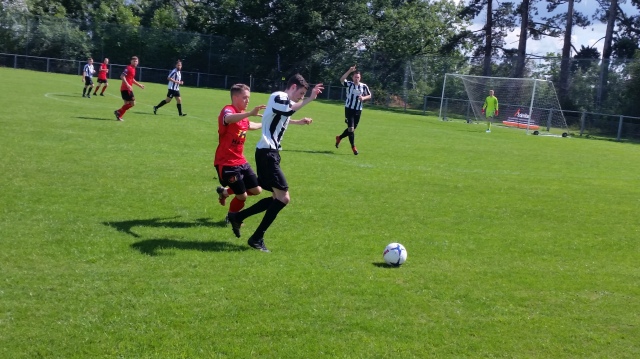 It was a tale of own goals at Claines Lane in the season opener. The football is now back at a competitive level once again and after spending the night at my family’s house I decided to do a revisit to Claines Lane. 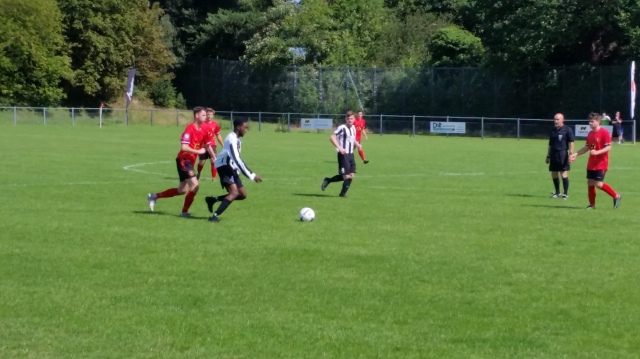 My first visit here in maybe 3 years or so since the now defunct Archdales played there have seen few changes. It has always been a nice little ground, being fully railed. I have always had a ltitle soft spot for the place, maybe sentimental memories of when I first started groundhopping and my mom would come with me to Claines Lane and Droitwich.

There had been a storm half hour to the game but on kick off the sun was very hot. Raiders in the red took the lead on 21 minutes from a own goal,when from a corner Wyrley’s keeper punched the ball onto the cross bar, the ball bounced down hit a defender and rolled in for a farcical goal. In similar fashion to the first, Wyrley scored a second own goal and again from a corner, the young keeper dropped the ball in. A home player was heard to shout ”  it’s another bastard own goal”

On 32 minutes, Raiders scored their best goal,  after a shot was blocked the ball bounced go the edge of the box, the player they called Cornsie lofted the ball over all to score. At half time there was another heavy downpour. After half time, Wyrley scored drilling a shot from edge of the right box into the far net.

Raiders scored from a free kick, squeezing the ball into the bottom after the Wyrley wall had separated. It was 5-1, as a move down the left , was rolled across the box for a easy side foot tap in. Wyrley got a final consolation, a easy ball into the box was nodded in by Worcesters number 4.