Posted on October 28, 2017 by adjithegroundhopper 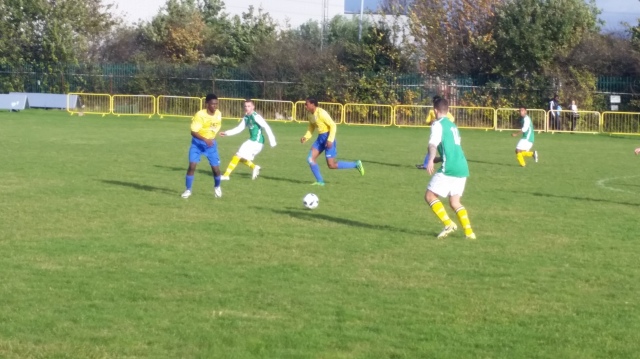 Today’s plan was to visit FC Darlaston, but there game was postponed due to unsafe goalposts. I didn’t see this until I was about to leave so the dreaded finding a back up was in order. Sadly with little options in ended up back at the Hub in Perry Barr.

I wasn’t to hopeful of much quality, continual yearly struggles Star were taking on one from bottom Leamington Hibernian in Midland League Division 3 and I was right.

Star bossed the first half but chance after chance was fluffed.  Headers had no power on them, aswell as a lot of dithering before having the ball taken off them. A few long range efforts were easily saved. Leamington were very lightweight in the first half and scored with their only chance.  Finding space, the player side footed beyond the keeper.

Leamington were a changed team second half as they smelled they could beat Star. They provided a real moment of quality as Stars keeper ran miles out to head the ball, he headed it to Hibs and their man sent a sublime chip into the net from 25 yards. Continental got a goal back after a shot was saved prodding in the loose ball.