Posted on May 6, 2019 by adjithegroundhopper 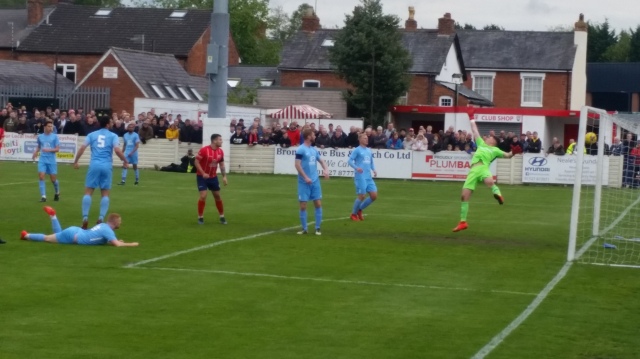 The goal that never was , came off the underside and out

Bromsgrove were promoted after this final that had it all. This was the southern league central play off final, the winner took all and would be promoted. I got there smack on 3pm and a steward told me to hurry up and said the gates were closing and they were close to capacity and he was right as it was completely rammed. 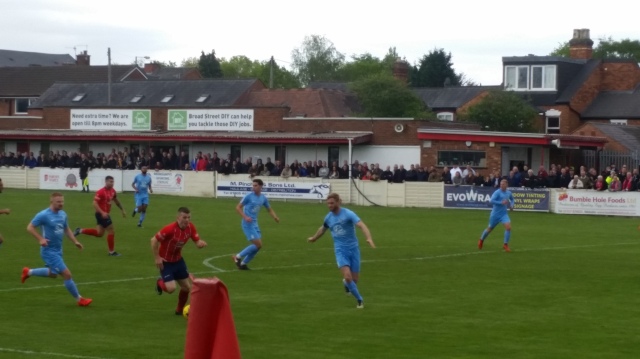 The first half hour was fairly poor stuff but Corby in the blue were the brighter and took the lead on 33 minutes , Sandy collecting Crawfords knock from the left and placed a low ball into the bottom right. Sporting were level when Rich Gregory met Jason Cowley left wing cross with a diving header. 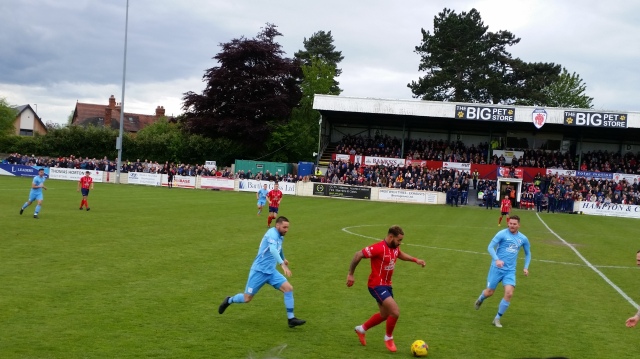 Bromsgrove were awarded a penalty in the second half but it was beaten away by Corby keepers legs. Cowley then made it 2-1 turning in Gregory cross. Bromsgrove then made it 3-1 on 61 minutes when Cowley buried the ball. Corby were back in it when they found space to shoot, it stung the keepers palms and came straight back to Diggin who buried the loose ball. 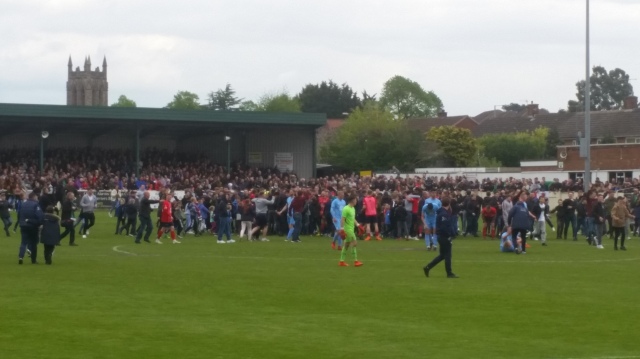 Crawford forced extra time by bundling the ball in after a cross from close range and the extra time I didn’t want after a long day at work happened. With 104 minutes on the clock substitute Westwood was allowed to run and run before striking a low shot ftom 14 yards for the winner. There was late drama as Gordon was sent off for Corby and a spot kick given, Cole struck towards the top corner , but George got a strong arm to it to tip over. At full time there was a pitch invasion and some minor trouble from.the Corby fans, as I left the ground the Corby fans were refusing to get on their coach and trying to wind people up , around 10 police officers and a police dog were trying to calm them down.